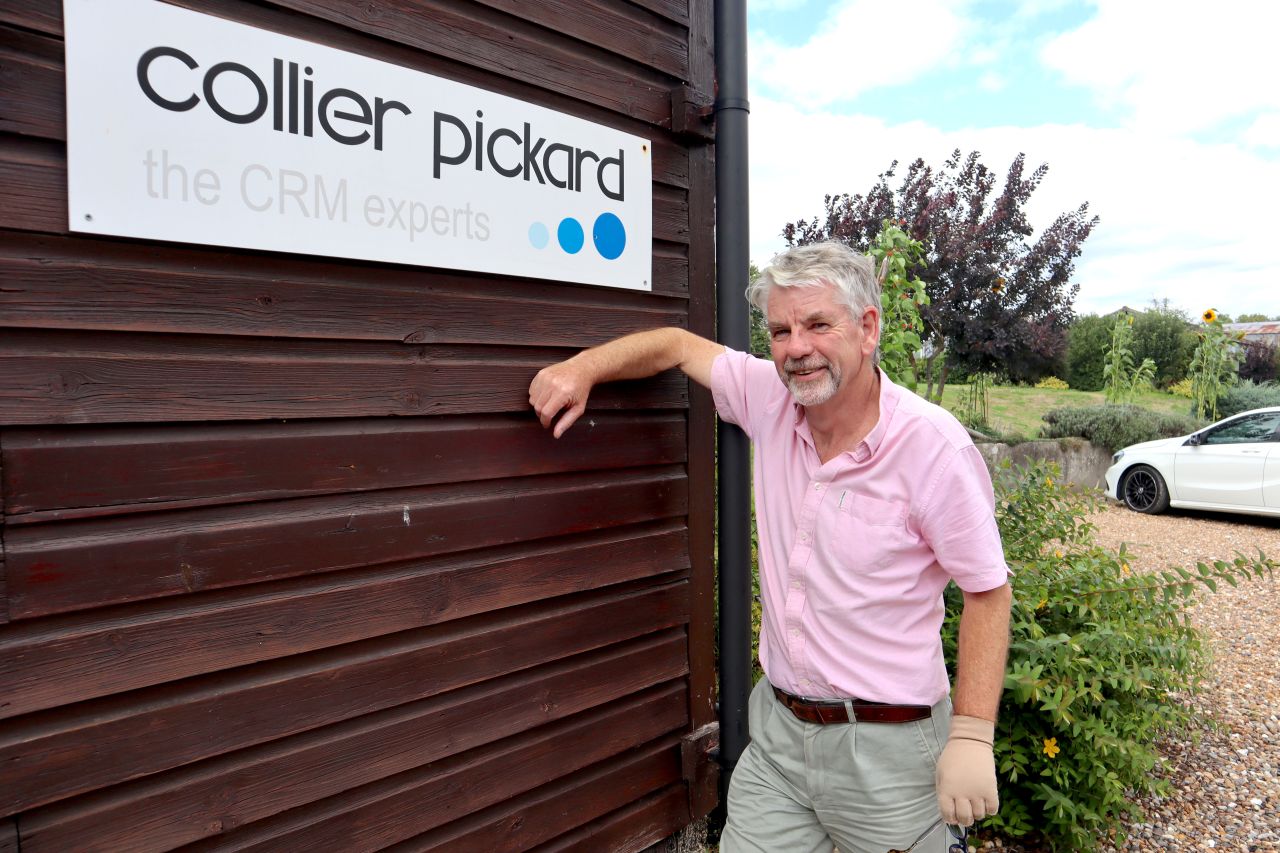 “It all started in the pub … I’ve had a varied career which I’ve really enjoyed, working in construction equipment rental (plant hire), with big equipment in mines and steel works as a sales manager in the UK and Scandinavia. I then went selling video facilities in the TV business in Soho, London. Then after a couple of years and a recession I worked abroad in Holland with a specialist company in the Petrochem industry, then came back and worked in a high-end jewellery display business. Unfortunately that didn’t work out, possibly due to a clash of styles. These things happen.

Then, one day I was at one end of the bar in the Fox and Hounds up at Toys Hill, I was saying to the landlady; “there must be someone around here that needs a hard-battling Sales Manager?” At the other end of the bar was Mike Collier saying exactly the same thing – “there must be a hard-battling Sales Manager around here that wants to take a chance on a start-up!” The lovely landlady, Hazel Pelling, asked if we knew each other, we said yes but only to nod to, she said she thought we would get on well, and on that basis, it worked very well. We then sold ourselves to each other and it’s worked well ever since! That was in 1994!

I knew nothing about IT, but I think if you’re selling a system, it’s actually all about what people are going to get out of it, you’re much better off with somebody that’s actually curious about your business than enthusiastic about the bits and bytes, and because I’ve worked with small and large broadcasters, high end jewellers and all sorts of people, I could at least empathise and understand what the problems were across a wide range of businesses.

So, we built that business up, it grew out of Mike’s garage and it was called Chartland Associates in those days, based on Puddledock Lane in Toys Hill, just up the road. We grew that into a business that needed offices, which we had on Oak Hill Road just behind Sevenoaks station. We then moved to an old harpsichord factory at the top of St John’s Hill in Sevenoaks, then while we were looking to acquire other businesses, we realised that we were an attractive target and ended up selling to a PLC called Touchstone, not the big media organisation – who were already in CRM and accounting systems. Then after about 18 months, we weren’t overly happy, and we didn’t think our clients were. You just can’t upset the likes of Citibank, the BBC and the Stock Exchange. We went to the CFO and told him we were unhappy, and that their processes were not making our clients happy and asked if we could part amicably. Rather than lots of protracted discussions we folded an A4 piece of paper in half and drew up a heads of terms agreement, which was approved by the rest of the board in the next 36 hours. So, in 2002, we left them, taking a handful of clients with us, the following year we bought the rest of the Maximizer client base and the following year the Saleslogix (now Infor CRM) customer base and we’ve been here ever since. We have a lovely office here with plenty of free car parking and beautiful views.

What I enjoy the most is going out and seeing people, also talking to people who I already know about what’s going on in their business and asking about the problems they’ve been having, have we been able to help them, and whether now that they have the systems in place do they want to move on to the next stage etc. Some clients use the exact same system we set them up with in the nineties! Whereas other clients are continually developing their system as business rules change, their corporate structure changes, their target clients change, their personnel change and the management reporting structures changes. Therefore, you can change the structure of your CRM system to suit. So, going out and seeing those guys and talking to them about the changes within their business and being able to help them is what I love doing.”