Jazz at the Stag… with a panto dame? 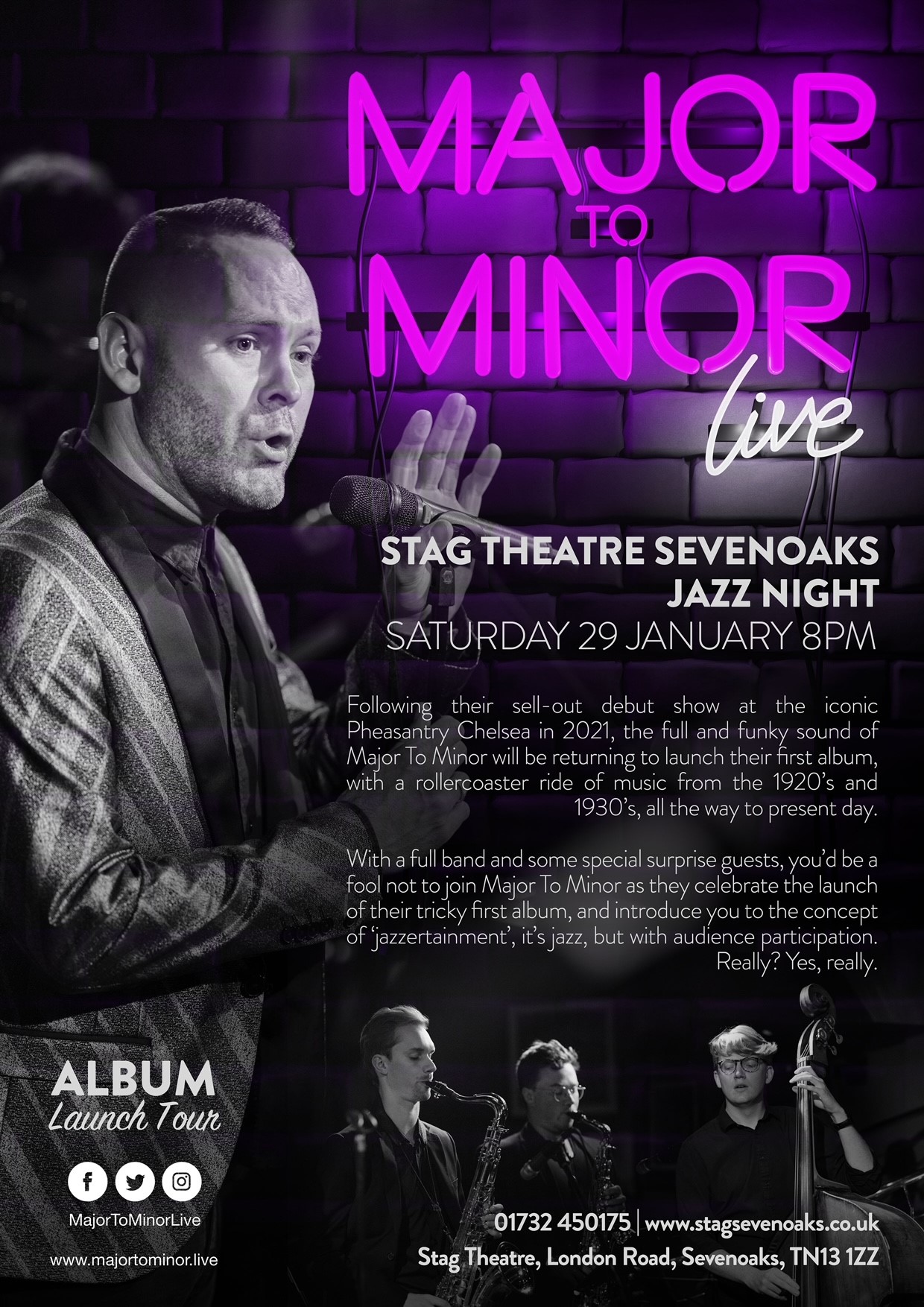 Following their sell-out debut show at the iconic Pheasantry jazz club in Chelsea in 2021, the full and funky sound of Major To Minor will be returning to the Stag to launch their first album, with a jazz night in the Plaza on Saturday 29 January.

The band’s lead singer will be best known to Sevenoaks theatre lovers as the producer and panto dame of the Stag’s annual Christmas show. He has also headed up music festivals ‘Live On The Vine’ and ‘The Stag’s Town Take Over’ in Sevenoaks.

See the Stag’s own panto dame defrocked, when Major To Minor play a special preview show in Sevenoaks, to launch their first album.

The band will settle you in with the jazz standards of George Gershwin, Irving Berlin, Cole Porter and the like. Then, without you really noticing, they start to sprinkle in a few jazz covers of songs from the 1940’s, 50’s, 60’s and 70’s, and the musical roller coaster ride really picks up speed, with Prince, Candi Staton, and David Bowie. Once you’re settled in, Major To Minor make Lenny Kravitz, Oasis and the New Radicals sound as gorgeous as Gershwin. Then Pharrell Williams, Omar, Amy Winehouse… Hang on… Surely not Justin Bieber…? Don’t worry. It was our special night. No-one needs to know our mucky musical secret.

Following the show at the Stag on Saturday 29 January, the band will play Leatherhead Theatre on 30 January, Birmingham on 4 February, and Chelsea on 6 February.

With a full band, you’d be a fool not to join Major To Minor as they celebrate the launch of their tricky first album, and introduce you to the concept of ‘jazzertainment’, it’s jazz, but with audience participation. Really? Yes, really.