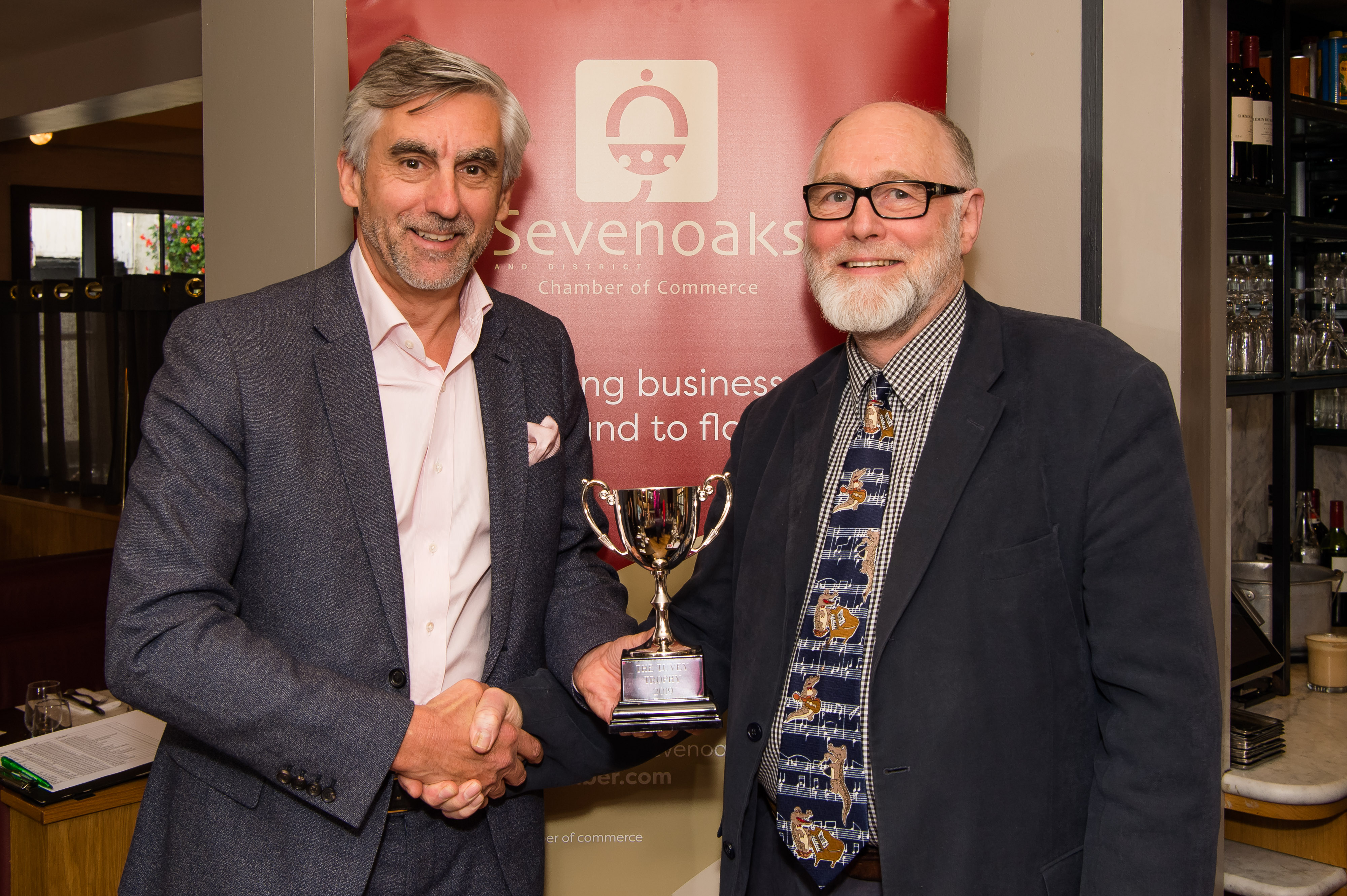 Nick Booker, our chairman reported on another successful year for the Chamber at the AGM and networking lunch held at Cote Brasserie recently.

Nick, who is the branch manager of Handelsbanken in Sevenoaks, said he was pleased to announce that the chamber had delivered on all its key initiatives during the past 12 months and that membership continued to grow.

These initiatives included a work experience week organised by the chamber for the first time. It was designed to support students moving into the jobs market and more than 20 local companies and organisations took part.

Various Chamber events throughout the last year also helped generate funds for the charities We Are Beams, West Kent Mind, and Hospices of Hope.

Former Chairman Mark Tuvey presented the trophy which bears his name to John Levett who runs The Listening Room Music Agency and is also one of the organisers of the Sevenoaks Summer Festival.

The Tuvey Trophy is awarded annually to a Sevenoaks and District Chamber of Commerce member who has significantly contributed to the organisation and the community in general.