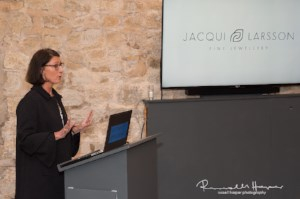 Do you remember XP?  This was Microsoft’s popular operating system (the software every device needs to allow other applications to work) which made its debut in 2002 and continued to be the system of choice for millions of users until 2014.  It proved to be a wrench for many businesses to abandon Windows XP as legacy programs refused to work on later Windows versions.

Many computer users moved their allegiance to Windows 7, shunning Windows 8 and preferring to stick with the familiar operating system when Windows 10 was launched.  Unfortunately, this won’t be an option for much longer, as Microsoft has announced that Windows 7 will reach the end of its life in January 2020.  Indeed, if you are a Windows 7 user, you may have received a friendly reminder from Microsoft in the form of a pop up on your computer recently!

So it’s time to say so long, farewell, auf Wiedersehen, adieu – to Windows 7.

You may ask if this is truly necessary.

After all, your computer is working perfectly well as it is, so why should you have to make a change?

The short answer is CYBER SECURITY!

Microsoft will stop releasing patches to the Windows 7 operating system in January 2020.  These updates include fixes which close down vulnerabilities which hackers exploit to attack your computer.  Your antivirus programs alone will probably not be able to protect you from cyber attacks.

WHAT SHOULD YOU DO?

Businesses may find that they have several Windows 7 computers in their inventory.  You will need time to plan for the transition (either upgrading to Windows 10 or purchasing new machines) and draw up budgets.  January 2020 is only 8 months away!

The good news is that if your company is protected by a Computer Troubleshooters service plan, we will review your monitored computers, discuss your options and agree a plan of action.  Get in touch if you would like us to check out your company’s computers.

Computer Troubleshooters – your trusted IT advisers