St Andrew: NOT the patron saint of PHishermen! 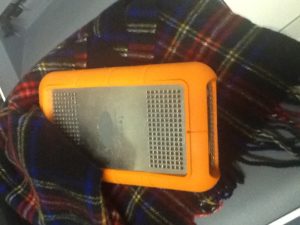 30th November marks the last of the United Kingdom Saints Days, in this case St Andrew, the patron saint of Scotland.  Andrew is in fact the chosen saint of several countries, but this is not where his duties end.  He was recruited by Jesus as a disciple to be a fisher of men, and is considered to be the go-to saint for fishermen.

There is one type of fishing that Andrew is not associated with – email PHISHING!  This is the name given to the practice of tempting unsuspecting recipients of emails to rise to the bait and fall victim to scammers.  At the very least you confirm that you have an active email account which can then be bombarded with spam.  These malicious emails can do harm to your computers – one click on a link or attachment can unleash malware to wreak havoc on your IT.

Antivirus can go a long way to protecting you from malware attacks, at the very least highlighting that an email is dodgy and often sending it to quarantine.  No protection system can keep up with all the new variants of malware, so it is down to the computer user to be wary and to think before they click – easier said than done in a busy office with an ever growing inbox.

Unfortunately we have recently seen an increase in virus and malware attacks and greater sophistication in the way that they try to trick computer users.  One of our customers fell victim to such a scam, resulting in all the shared files in their system becoming encrypted by ransomware.

This is where a good backup plan comes in.  On this occasion, we were able to reinstate good versions of all the affected documents from the previous evening’s backup.  The best backup is automated; otherwise it is way too easy to forget to do it if you are under pressure to meet work deadlines.  The method of backup depends on your system needs.  For smaller amounts of data, cloud backup is ideal; scheduled to run daily, it quickly records any data that has changed in the previous 24 hours.  For larger machines such as servers, it may be more appropriate to implement a local backup to hard discs.

Don’t leave it to chance.  Ask us how to protect your data.  One more tool in your armoury against the Phishermen!