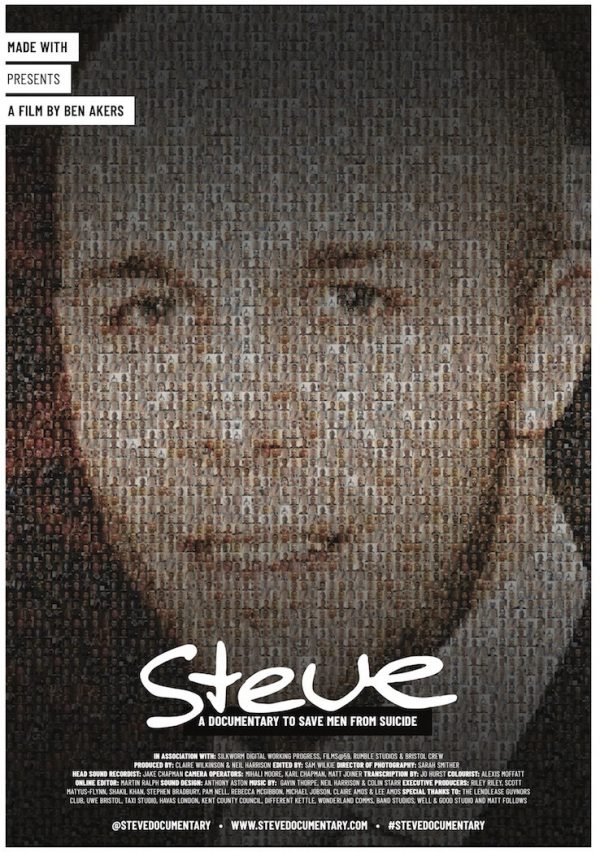 To mark World Suicide Prevention and Awareness Day on Tuesday 10 September 2019, West Kent Mind are hosting an educational community event. A free screening of “Steve”, followed by a panel discussion and Q&A with a number of leading experts at

Suicide is the biggest killer of men under 45 in the UK. 12 men every day. One of those men was film director Ben Akers’ childhood best friend, Steve.

Whilst working closely with Kent County Council’s Suicide prevention team, delivering a programme of Children and Young Persons Suicide Awareness and Prevention training, we have had the privilege to get to know Ben Akers and hear the story behind his documentary film, Steve. The film follows Ben, as he tries to channel his own grief, on a journey to help all men understand and respect their mental health. Ben goes on a mission up and down the country to try to find some good from something so bad. He begins by talking to Steve’s family, then health professionals in the industry, and finally, ordinary men who are suffering – often in silence. From there he explores the solutions with people who are using their experiences to create positive change. Ultimately this is a film of hope, trying to push us all on from mental health awareness to mental health action.